I'm spent. I got pretty much every Chaos Dwarf colored I had glued together. Now I need to take a week or so to just prep more guys to be painted.
I do have some monsters and bigger stuff ready, but am so scared of actually starting them, fearing I'm gonna mess them up somehow (and I've not decided their colors either).

Here's the last thing I got painted. A Gunnery Team, or at least half of it. I've not decided what I'll give the other dwarf to hold on to. The pebble funnel at the top is also still unpainted. 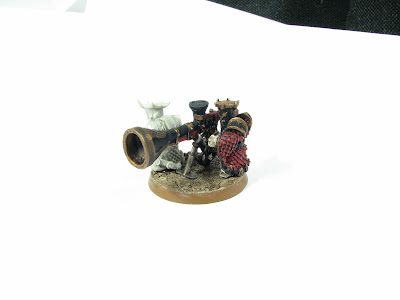 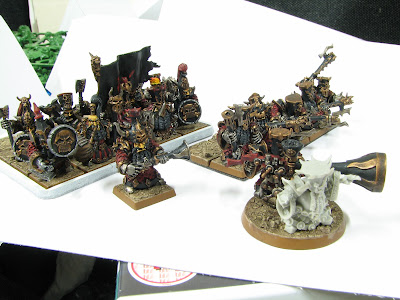