He's getting there, and unlike my Treeman, he'll actually gets to be played and maybe even painted sooner or later...

These following pics are of the first layers I deem ready. I'll go over them and do a little touch up and add pieces or metal armor, after I've gotten the whole beast done otherwise. 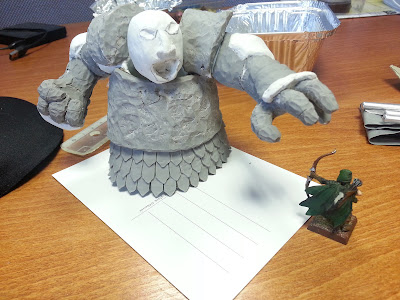 This guy is humongous. I'm such a bad sculptor that I can't judge scale and size, but with these monster type characters it's no biggie. And besides this guy is the single most expensive unridden monster in the game, so it's doubly OK.
The post card underneath acts as a base for now. It is almost exactly the right size. 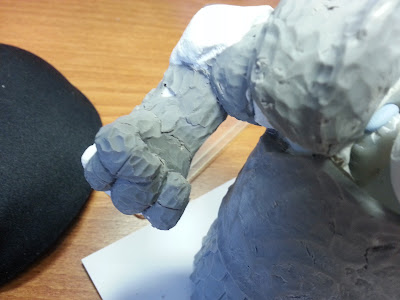 I tried some to do some extra cracks on the wrist to make is look like it could move. I might go in and exaggerate it a bit more. 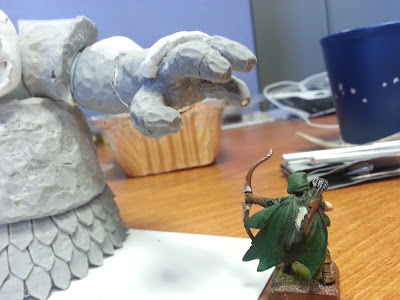 The hand is just the right size for grabbing puny elves!
I will also try to do a mini-volcano on sorts on his palm, so he excretes lava on whatever he touches. 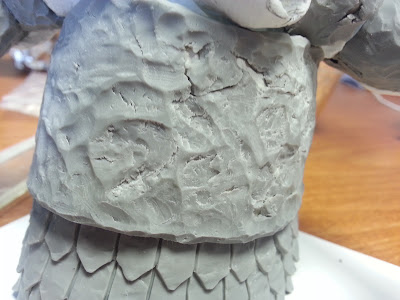 The whole thing will be painted as a stone/lava golem with some metal bits. These cracks formed when I was working with too dried putty, but I liked them so much I think I'll take a knife and start chipping away at some more.
Lähettänyt Simo klo 6.56